What is microbial diversity anyway?

We hear about the diversity of our gut microbiota quite a lot nowadays. But what that actually means is often a little vague.

Microbiotaologists calculate diversity by borrowing equations developed by those who have spent much longer studying the diversity of ecosystems, they would be ecologists.

While there are lots of different equations available, and often more than one is used in research, if you get your personal gut microbiota tested with a company like uBiome you will get one number back comparing yourself to everyone tested. In uBiome’s case, they currently seem to use a measure called the Inverse Simpson index.

Don’t worry about the equations (unless you enjoy that sort of thing (in which case you = strange) x 10). Put simply, his equation takes into account both how many species are there and also how many of each type of species are there.

Using the Simpson index the diversity number gets smaller as diversity increases, which is counterintuitive, so it is usually divided by 1 to make the numbers go the right way around.

Hence we have the Inverse Simpson index. 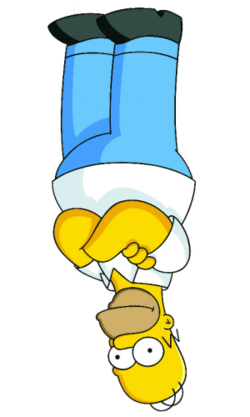 Let’s make a very, very simplified gut microbiota with 10 species of bacteria with a couple of common species and 8 rarer species.

It is important to note that when testing the gut microbiota current techniques can only show the percentages of each type of bacteria, but not how many of each type are there.

The diversity of this simple microbiota using the Inverse Simpson diversity is:

Now let us say that hypothetically we feed this gut microbiota with a diet containing diverse types of dietary fibre that feeds more of the rarer species of bacteria.

The total number of bacteria has doubled while the percentages are spread more evenly between the different species of bacteria.

The diversity has doubled because the evenness has increased.

But now let us try a diet with much less dietary fibre reducing the food for any of the bacteria to very low levels.

The rare bacteria remain rare but the previously common ones are much reduced.

The diversity number has now increased even more because we have lost the more common bacteria and so the percentages are again spread more evenly between the different species of bacteria.

Remember we can only see the percentages of each type of bacteria of the total, we can’t tell how many of each are there.

While this hypothetical example is incredibly simplified you can see that a single measure of diversity can be misleading when considering what is going on in the gut. It is difficult to interpret without taking into account what might be causing changes in diversity, what types of bacteria are making up that diversity, and what those bacteria are doing there. A low diversity gut microbiota dominated by a few beneficial bacteria could be better than a diverse one containing more pathogens.

Currently, the information available if you are having your gut bacteria tested as a consumer is limited due to the nature of the technology. In light of this, it is worth interpreting the microbial diversity with caution.