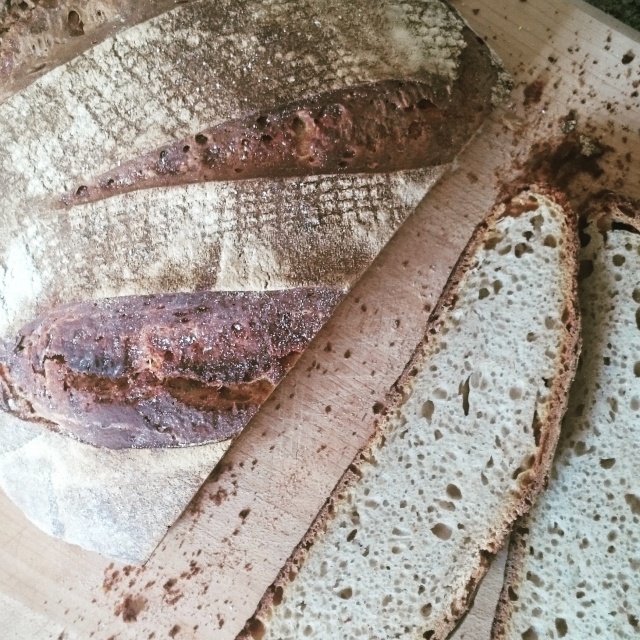 My previous experiments with sourdough bread sparked my interest in what other old varieties of wheat flour were available to try. Particularly those originating from, and grown in, the British Isles. It seems curious that while there has been a resurgence of interest in traditional varieties of many other food, wheat is still treated as an undefined commodity. The variety of wheat used to produce the flour is rarely mentioned, excepting the few ancient varieties of wheat like spelt of einkorn wheat that are still grown as specialty food crops.

Through searching online for heritage British wheat flour I found Bakery Bits, with an online store selling a variety of baking ingredients including a fascinating range of traditional flours from a guy called John Letts under the brand  Lammas Fayre.

The product of over a decade of sweat and academic rigour, John Letts has collected an extensive range of historically and botanically authentic cereals. All grown organically on farms in Buckinghamshire and Wiltshire, John grows them the traditional way, that is, in mixed populations (strains) that are well suited to local growing conditions.

Modern cereals are grown one strain at a time and for huge, uniform yields. These cereals need to be mollycoddled since they cannot cope with variable climates, pests or diseases. Growing mixed populations, the traditional way, ensures that there is always a reasonable crop – and the ancient cereals are adapted to seek the nutrients they need from unfertilised soil: the modern strains need to be pampered with lots of fertilisers.

The flour that John makes from these cereals are rare (no one else has them) and in many cases, once gone, they will be unavailable until the following harvest.

All the flours are excellent for artisan bread bakers and are perfect for those wanting to try something new (…or old).”

This resulted in my purchase of a range of the flours currently available.  The first one I tried baking with was the Victorian Blend White Flour.

This flour is smooth and very powdery to the touch due to the roller milling of some of the flour, a method that became common during the Victorian period. This time I decided to use some of the flour to make a sourdough starter of the same flour before baking, rather than using a rye starter, as I had previously done. My first attempt pictured above, produced an attractive but rather flat loaf, not helped by my forgetting about it and leaving it baking in the oven too long. The dough was rather runny, the same proportions as I used before seemed to contain too high a proportion of water. The second loaf I made with this flour reduced the amount of water added by 50 grams.

Otherwise the method of baking was the same as in my previous post. The addition of honey was on a whim, as I am generally rather a fan of honey, and it resulted in a very dark brown crust due to the added sugars.

The second loaf using this recipe produced a stiffer dough and a loaf that rose higher. It would have produced a better looking loaf it I’d scored the dough more deeply when putting it into the oven. 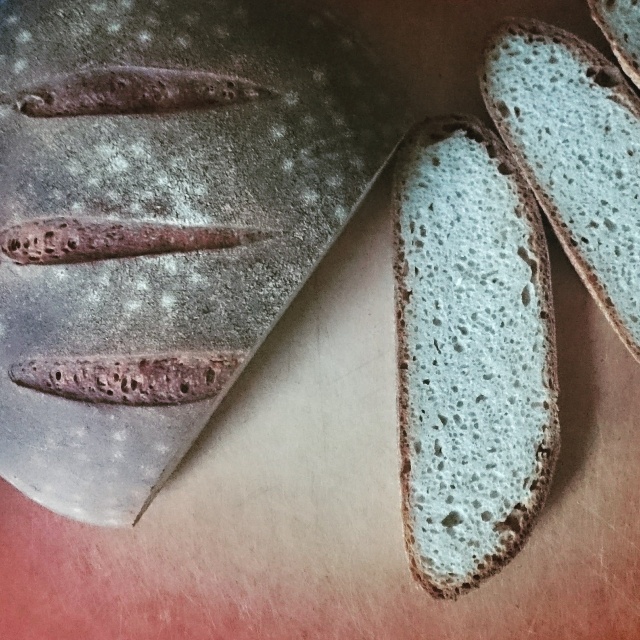