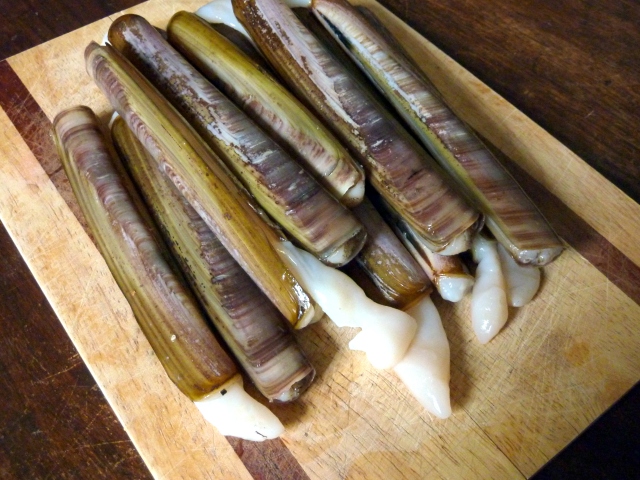 Razor shells fresh from the fishmonger.

Razor shells, also known as razor clams, are bivalves that are commonly found around the coasts of the British Isles. While common they are by all accounts not easy to catch as when sensing approaching danger they use their powerful muscular ‘foot’ to burrow vertically with great speed and so rapidly disappearing deep into the sand.

This is the first time I had ever purchased any razor shells and had not considered which species they were until writing this post. After some research on the  subject my razor shells appear to be Ensis siliqua a common species with straight sided shells. The shells are long, narrow, and parallel-sided resembling a closed, old-fashioned cut-throat razor. The shell itself is rather brittle and permanently open at both ends making them difficult to sell commercially as they must be quickly sold after collecting from the wild and cannot be transported far.

It so happens though that my local fishmonger in Aberdeen, D. Nicoll pictured below, often have bunches of razor shells held together with elastic bands on display in their shop window on Saturday mornings, one of the benefits of living close to the sea. Seeing these in the shop window several times I will admit that the sight of them with their glossy feet stretching out of their shells was rather off-putting and I had been reluctant to try them. However, I finally plucked up the courage on a recent Saturday morning and was pleasantly surprised to find a bundle of 10 razor shells only cost £3.60 which seems very reasonable for such a difficult to catch wild animal. 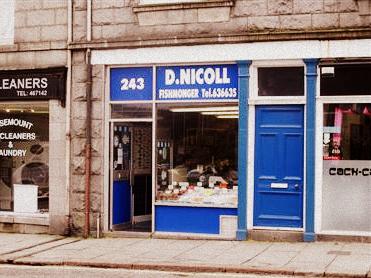 Having no experience with cooking a creature like this I turned to the internet for aid and found a likely looking recipe for razor clams with chorizo on channel4.com which is apparently a common way to cook these bivalves in Spain and Portugal. I followed the recipe loosely as I did not have a pan big enough to actually fry the clams in the butter so instead I let them steam in the wine with the lid on the pan. 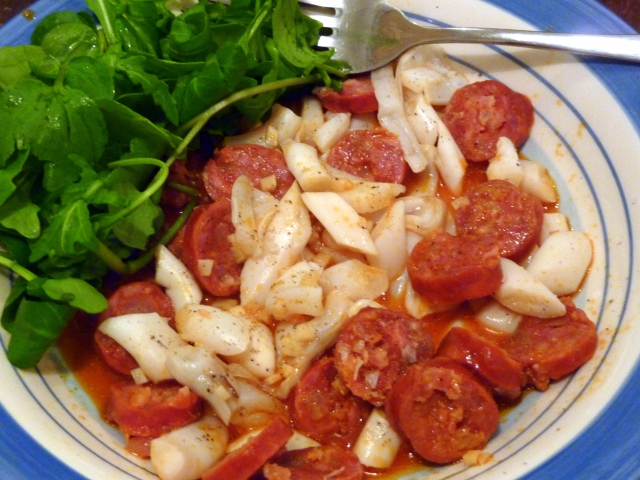 The outcome was rather good. The meat of the razor shells is quite mild in taste and combines well with the spicy choizo, garlic and butter.

This entry was posted in Recipes. Bookmark the permalink.